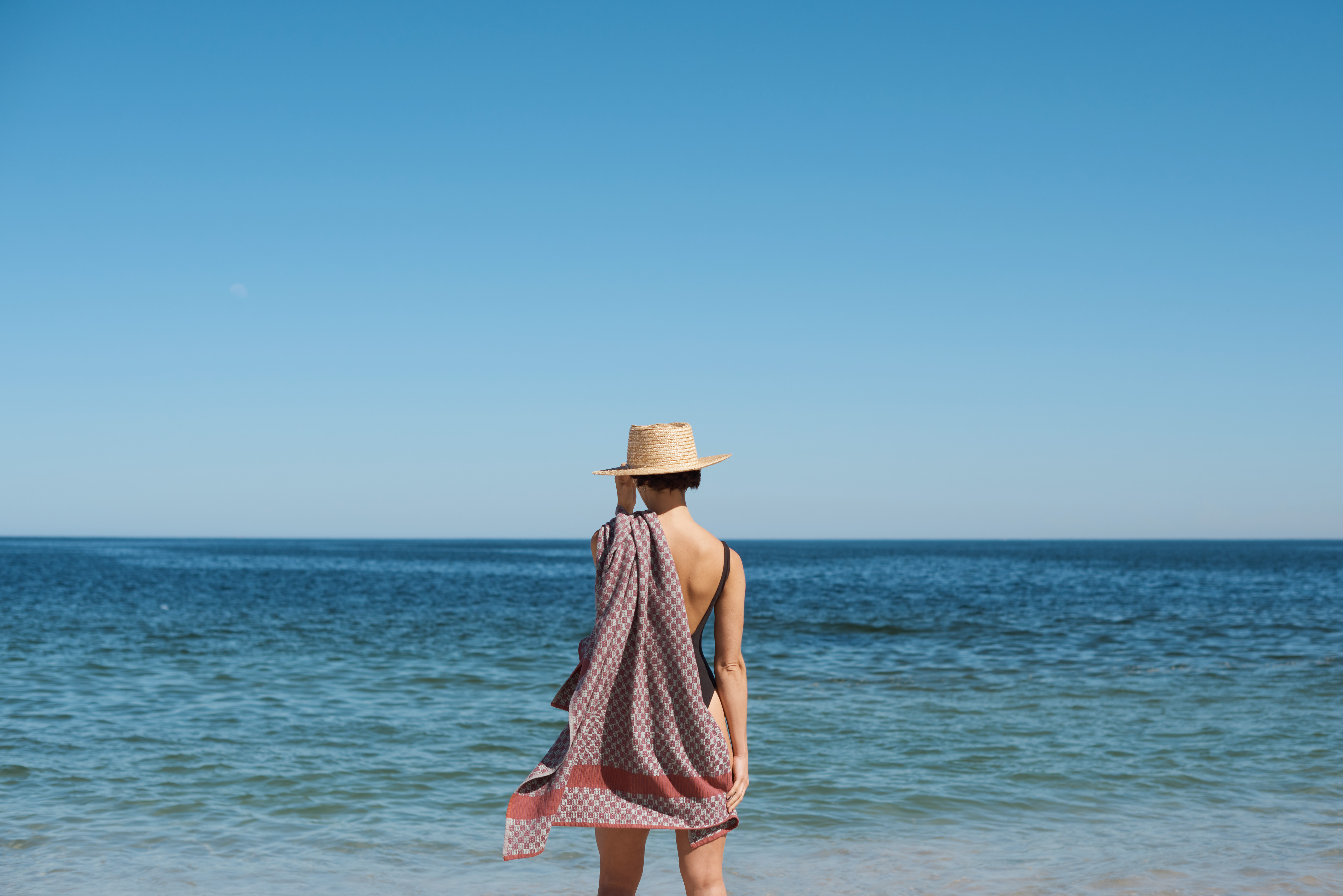 The classic ‘check’ is as age-old as weaving itself.

From tartan and houndstooth, to gingham and plaid, it’s a pattern that’s spanned centuries – found in ancient tombs, featured in surrealist art, travelled through New York on taxis, walked the streets on Vans most iconic shoe and gained prominence in retro interior design in the 1970s.

You might even be calling to mind that instantly recognisable board game known the world over. Or for the Millennial generation, the iconic Clueless outfit that brought the check into modern fashion consciousness.

In 2021, it swept across runways and through households as the year’s most popular pattern, bringing with it a wave of nostalgic heritage.

And over the years, we too have seen the check make its way into the Mungo design room.

First into our kitchens with the playful Vadoek dishcloth. And then into our homes (and hearts) with the Vrou Vrou; a blanket that’s continued to brighten rooms around the globe since it first hit the shelves.

We’ve seen it bedeck our tables with the launch of our bright and breezy Crags Check Tablecloth; our ode to alfresco lunches and that ‘country kitchen’ feeling. It found a more abstract expression into the graphic design of our Skipping Block Cushion Covers. And it’s been our trusty travel companion on hikes and spontaneous days at the beach with the roll-up-and-go Mungo Picnic Blanket.

But that’s not the only place we’ve found this iconic design.

In fact it’s been a subtle addition to one of our best-loved towels, the Willow Weave.

A classic on our flat-weave range since the early days of Mungo, this Stu Holding original is based off a traditional weaving pattern that has been used in toweling long before the mass production of the terry cloth.

As one of his earliest towel designs, the Willow Weave was initially woven in Stu’s ‘Working Weaving Museum’ on one of his original Lancashire looms – 19th-century era shuttle looms that originally would have been powered by steam or water, and at one time were the mainstay of the industry. It was inside this small studio, in what is now Mungo’s pressing department, that Stu had a weaving workshop – a place where passersby could catch a spy of the Master at hand.

Today however, our Willow Weave Towels have moved from the 150-year old Lancashires to our more modern Dornier machines. Circa 1970, our Dorniers operate by means of a rapier, as opposed to the pirn-carrying shuttles of the Lancashire.

At the end of 2021, we took the classic Willow and gave it a contemporary spin. Accentuating its characteristic checkerboard weave by changing the colours of the warp and weft.

First on our shelves in December 2021, the first batch of Willow Beach Towels sold out in just a few weeks.

Perhaps a testament to the enduring power of the check… Or maybe just the striking play of colours.

Either way, with a second run off our looms, you’ll find the Willow Beach back in stock.

A towel to evoke that summer feeling? Check. 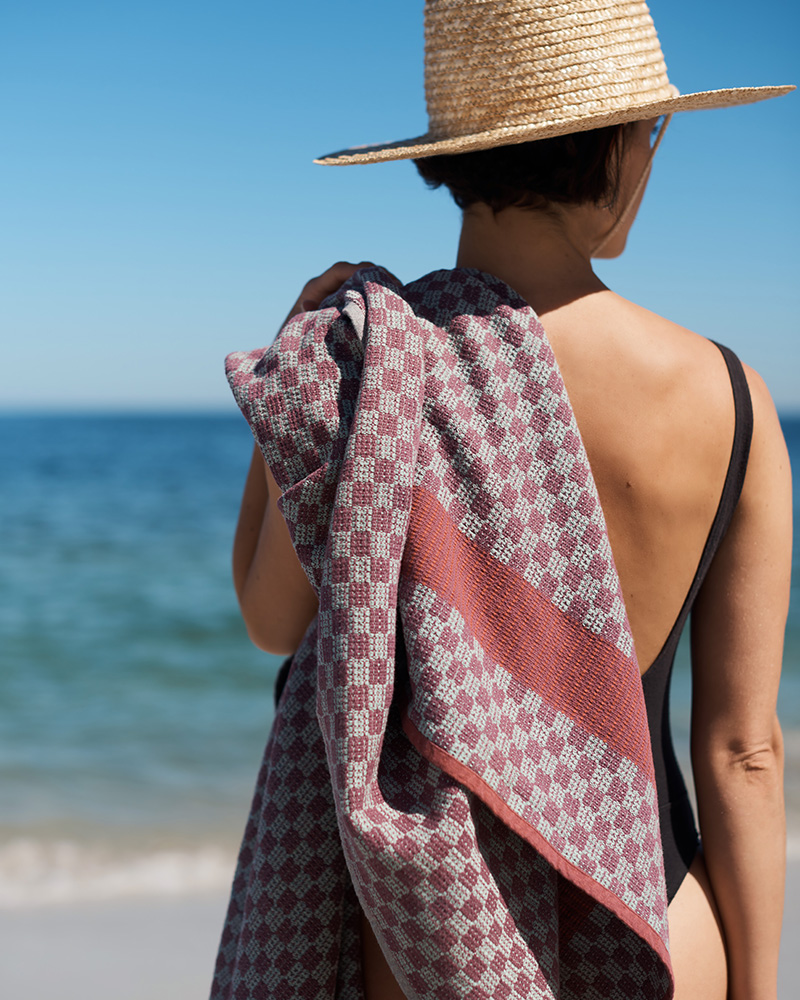 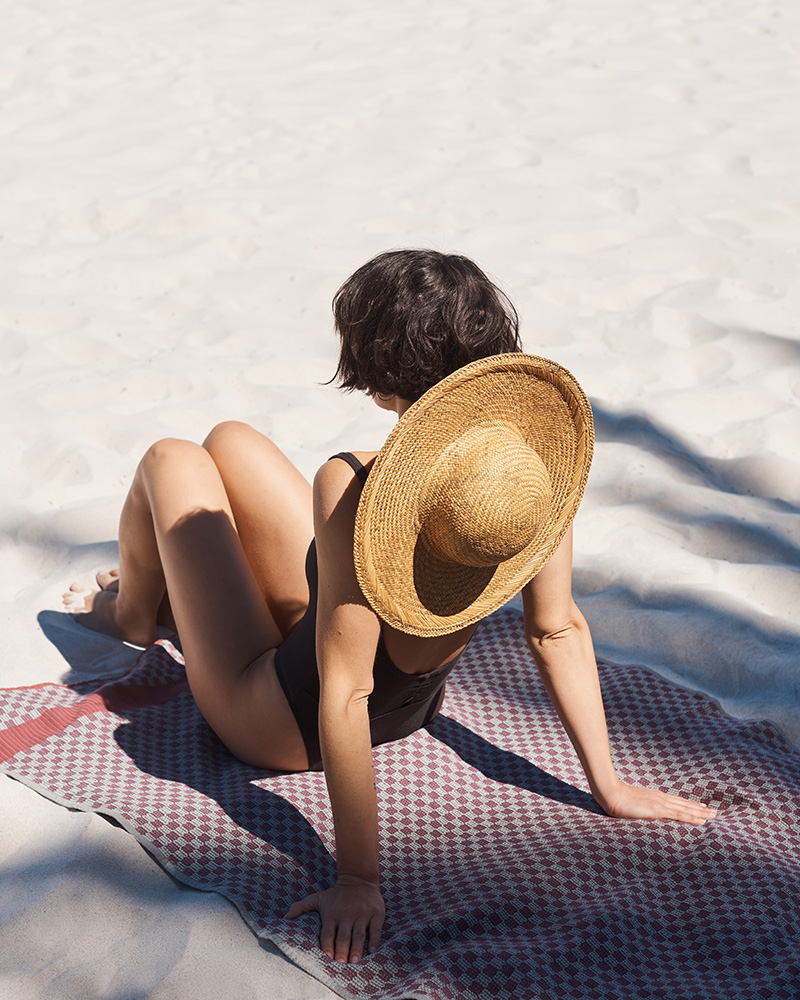 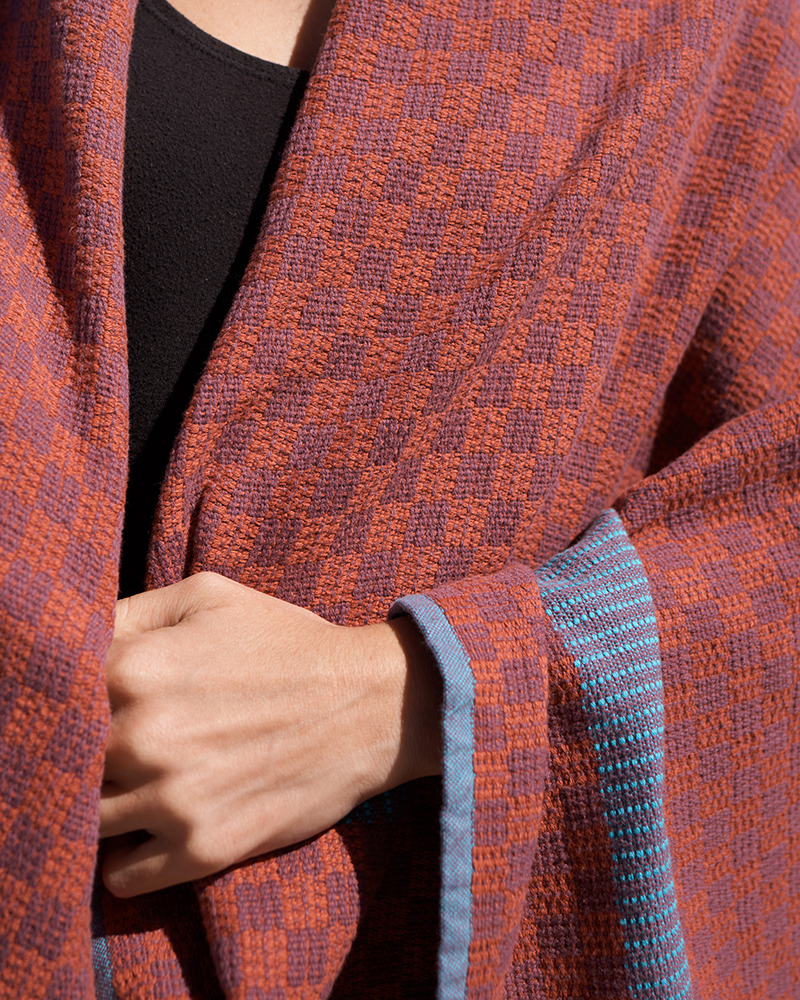 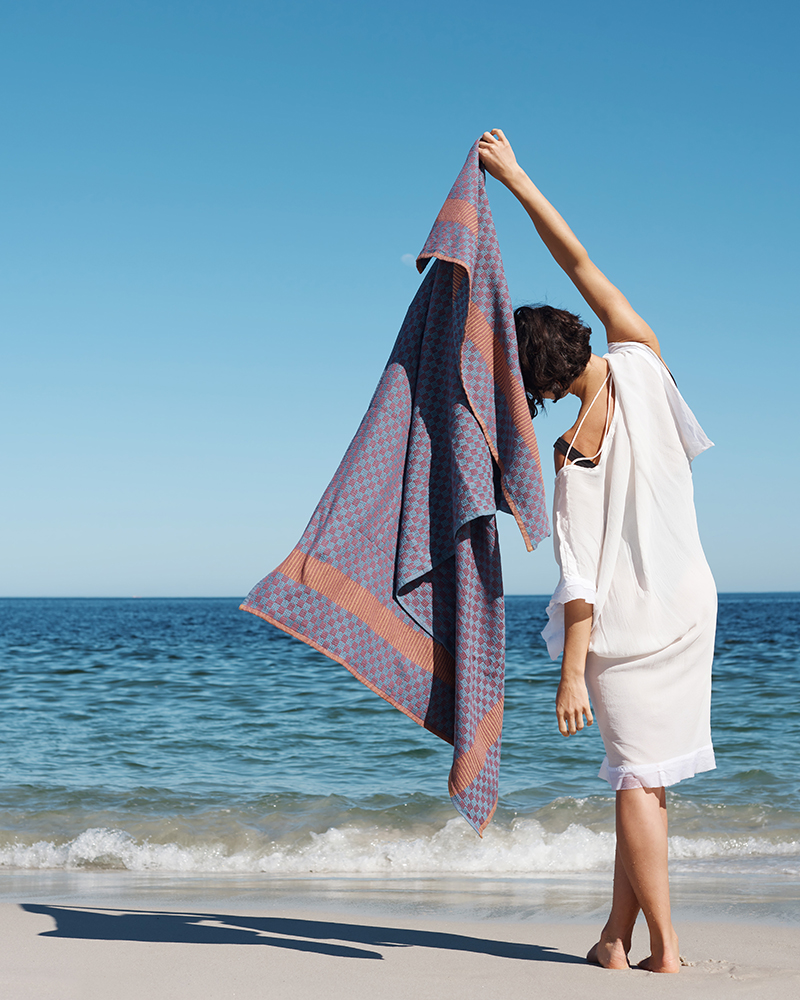 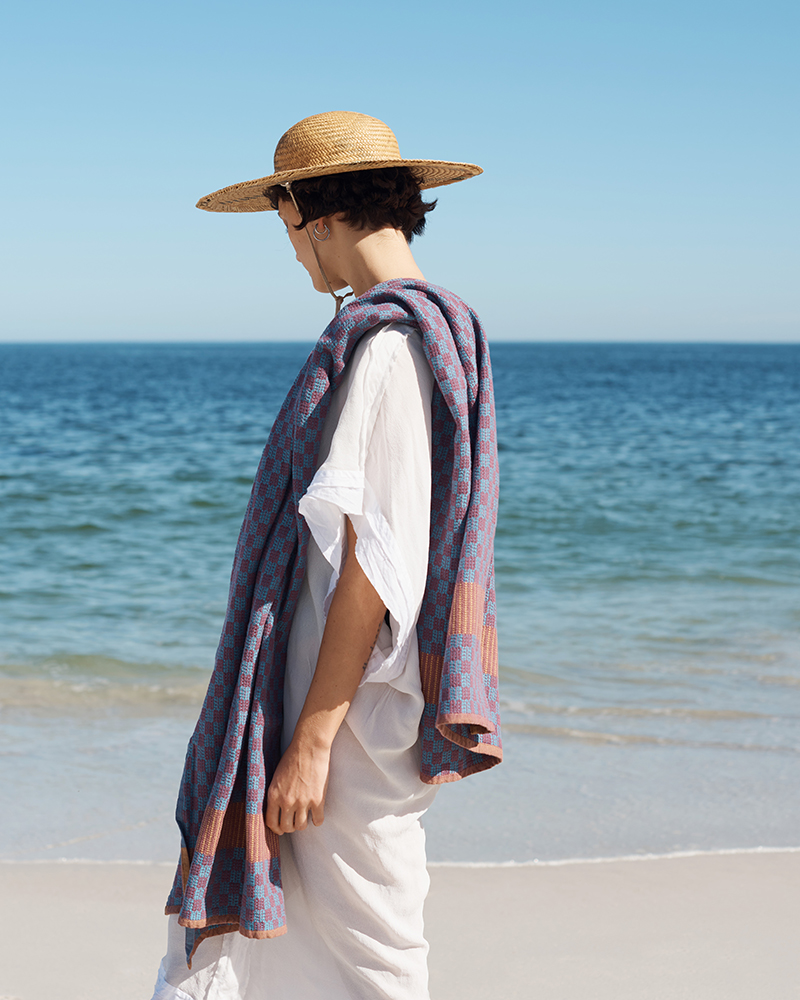