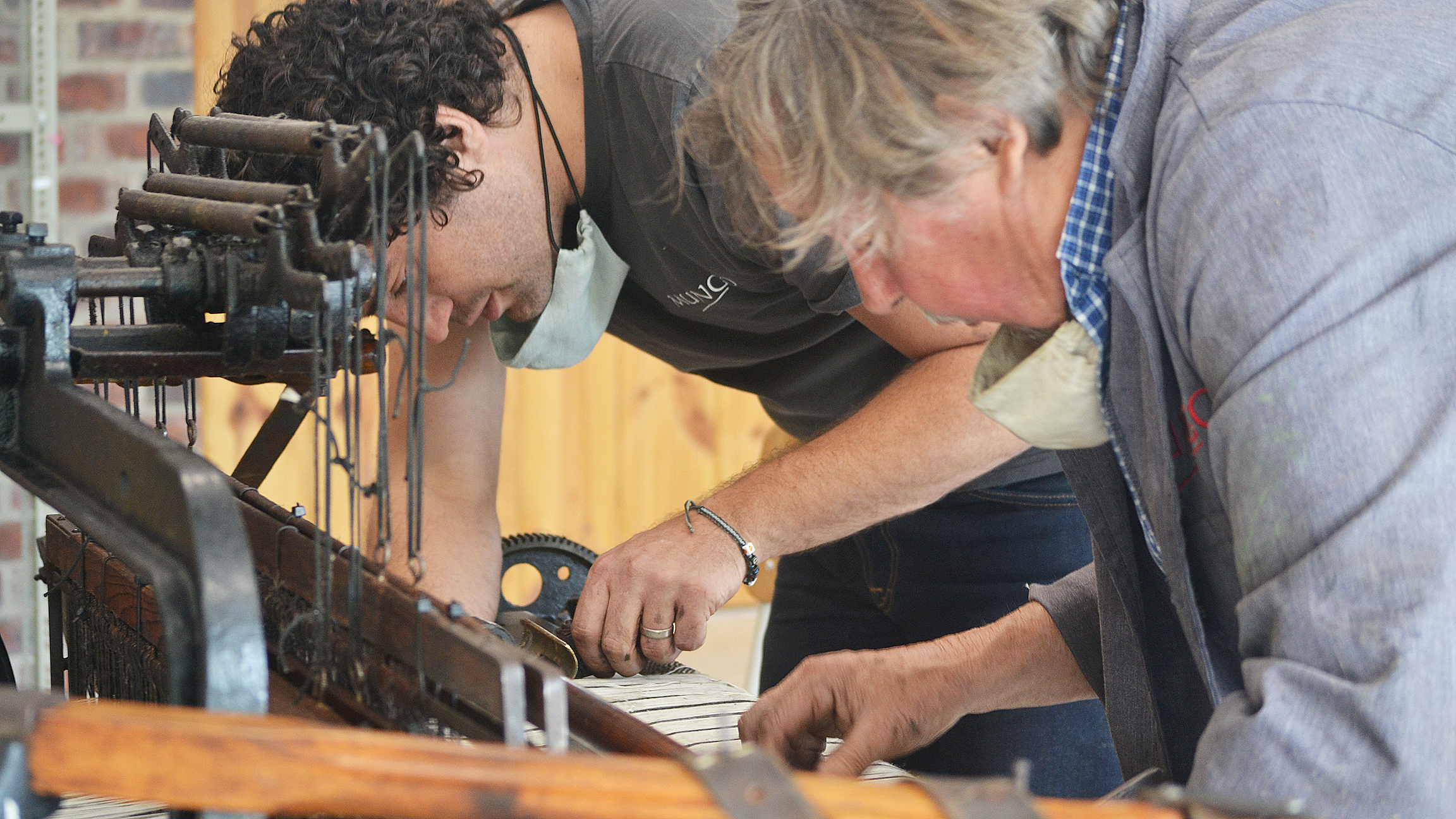 If you’ve had the chance to visit our flagship Cape Town store, you’ll be familiar with the clacking sound of our most-loved loom, fondly known as ‘Hattie’. She’s been weaving Cook’s Cloths below the shop since we opened it’s doors in 2016.

You may have also seen her at the hands of Craig, gathering a regular crowd on evenings when we opened our doors to Hout Street for First Thursdays.

Hattie takes her name from her maker – George Hattersley of Yorkshire, England. Invented in 1890, she was designed as a domestic kit loom, combining the best of 19th century engineering into an easy to assemble form. Home weavers would receive their Hattersley in a crate of numbered parts and put the small loom together themselves. Before it was electrified, it was powered by foot peddles which would propel the shuttle back and forth.

Personally we’ve always enjoyed Hattie for her characteristic sound and distinct personality. Not to mention a couple of iconic features that set her apart from her more modern counterparts – including the ability to weave a self-finished edge known as a selvedge (particular only to shuttle looms) and her pattern lag that operates like an early form of computing.

As we work on growing our mill into its second phase, we’ve decided it’s time to reunite Hattie with the rest of our looms in Plettenberg Bay – and with those who truly know how to take care of her – our Master Weaver, Stu, and his apprentice (and son-in-law) Craig.

If you’re planning a trip up South Africa’s scenic Garden Route, do stop in and see her in action. Our mill is open daily to the public, making visible more than a 100 years of weaving tradition and technology.

Here’s a scrapbook of the day Stu and Craig got her up and running at the Mungo Mill. 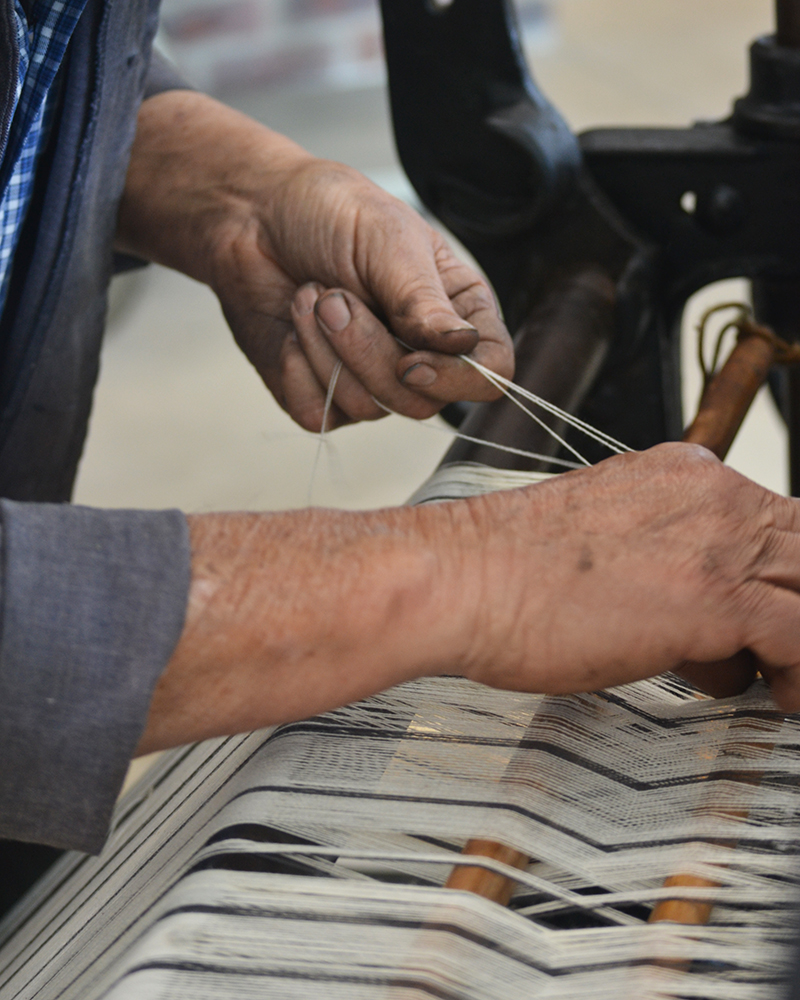 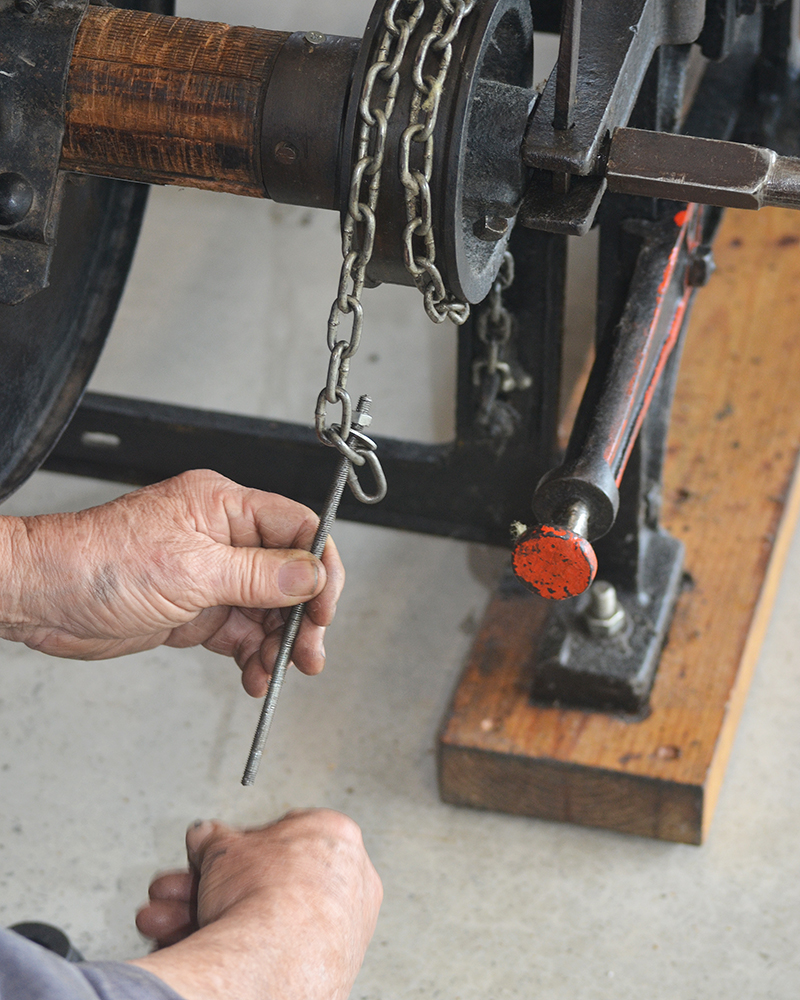 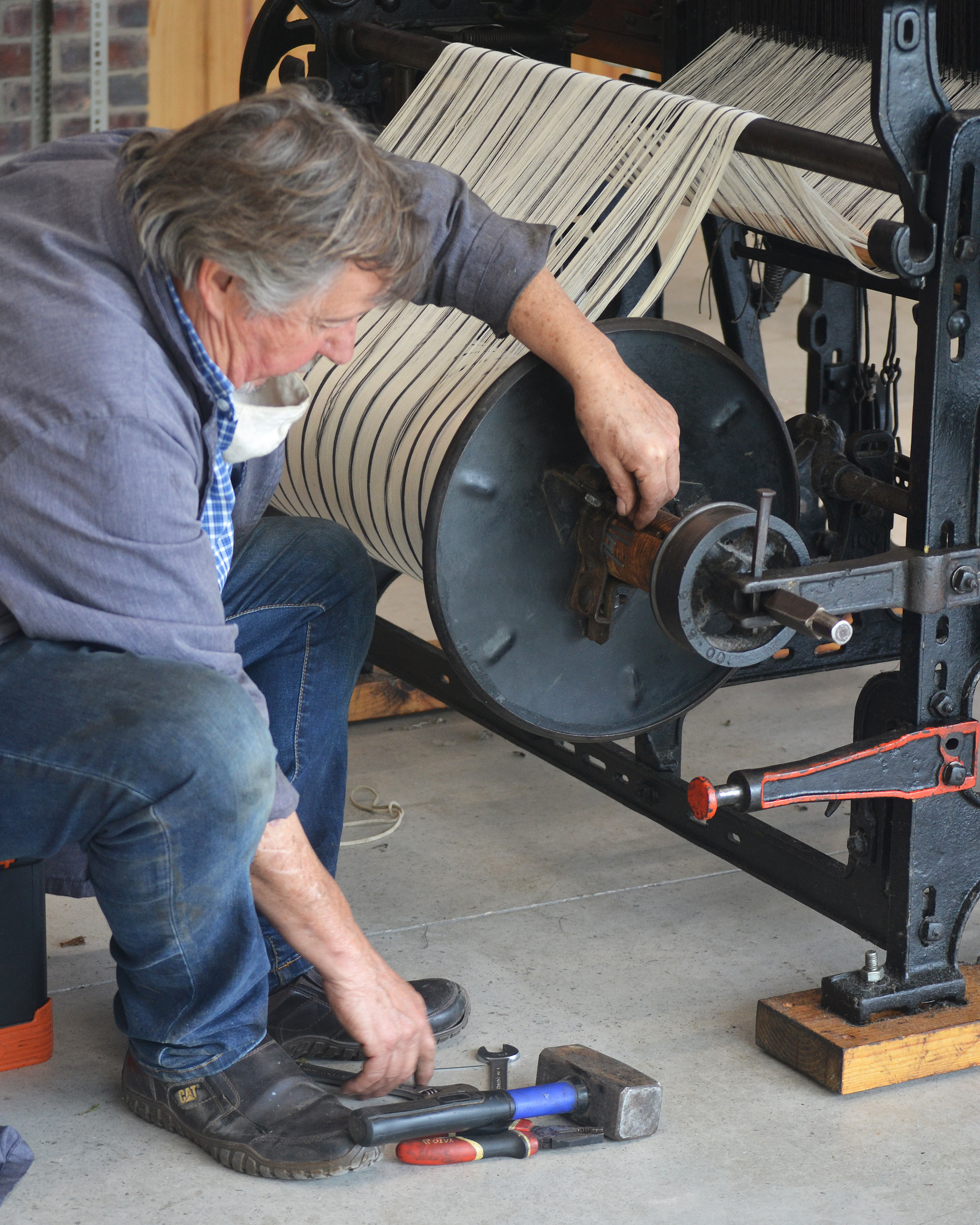 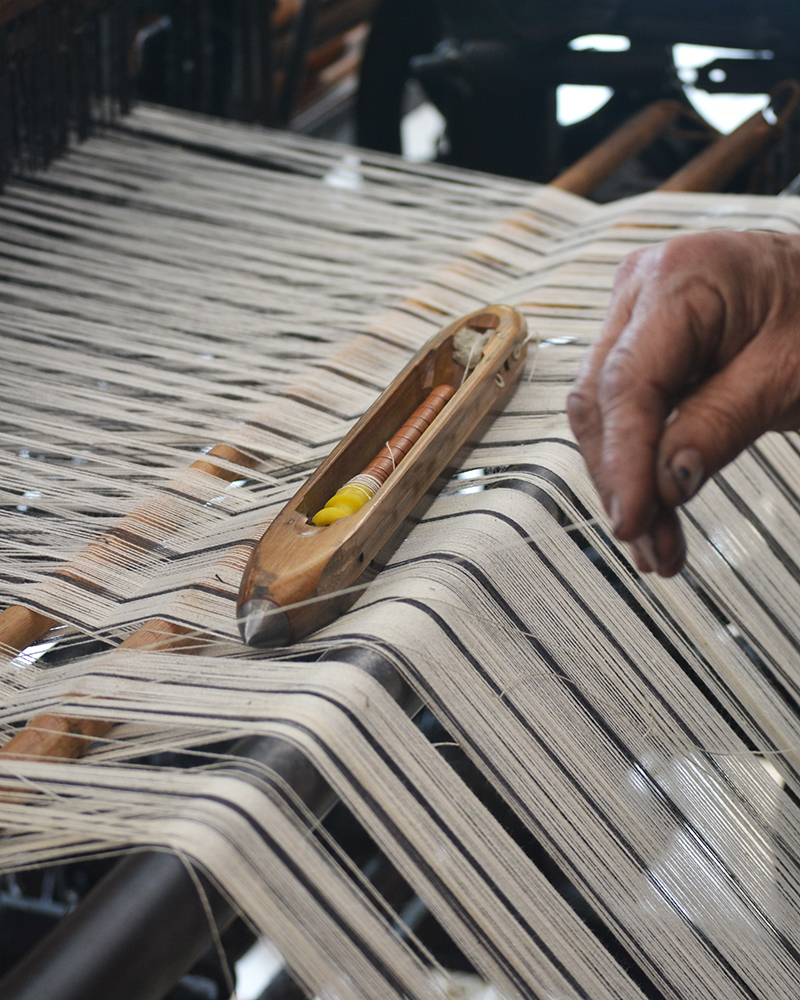 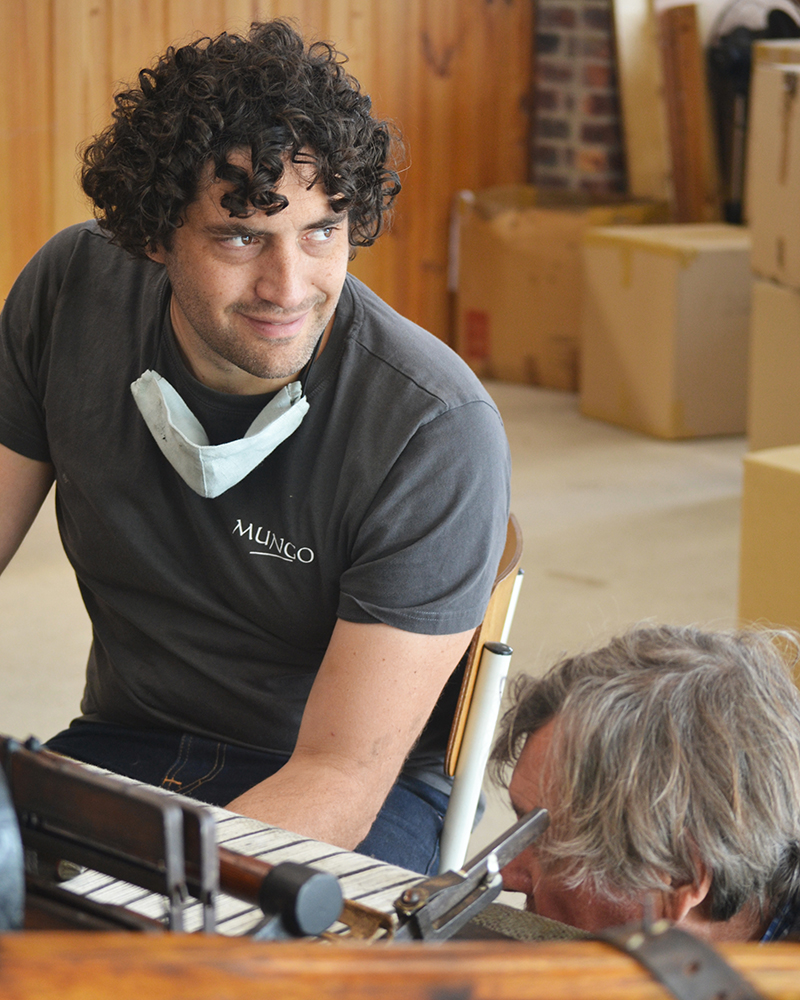 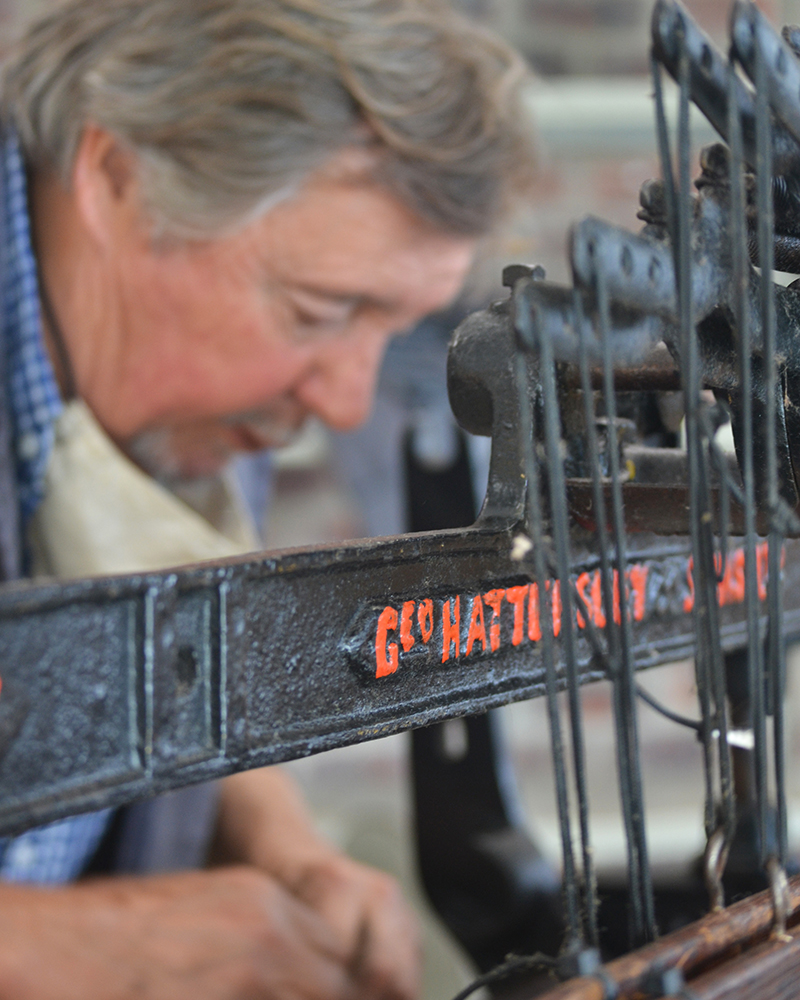 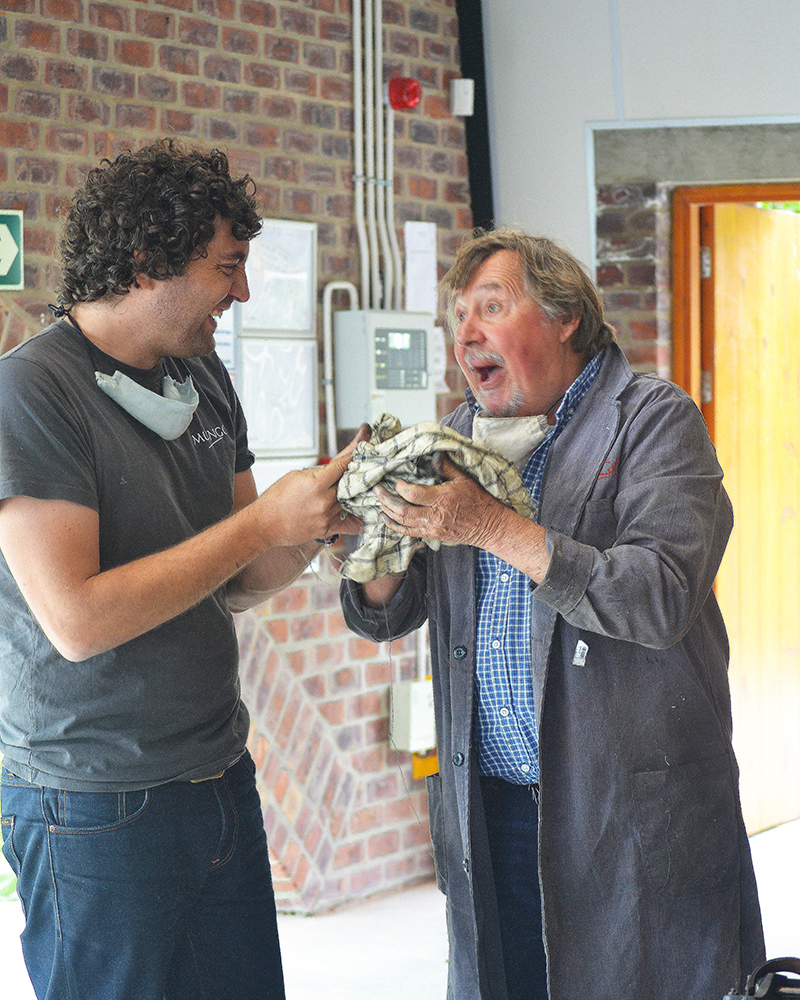 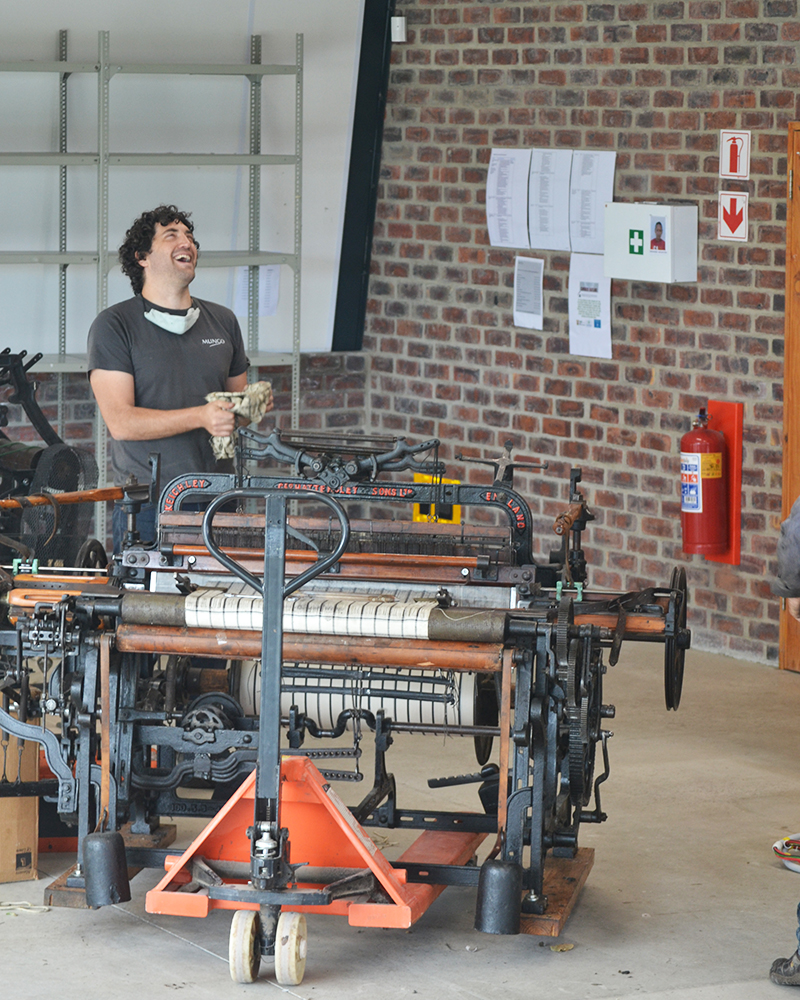 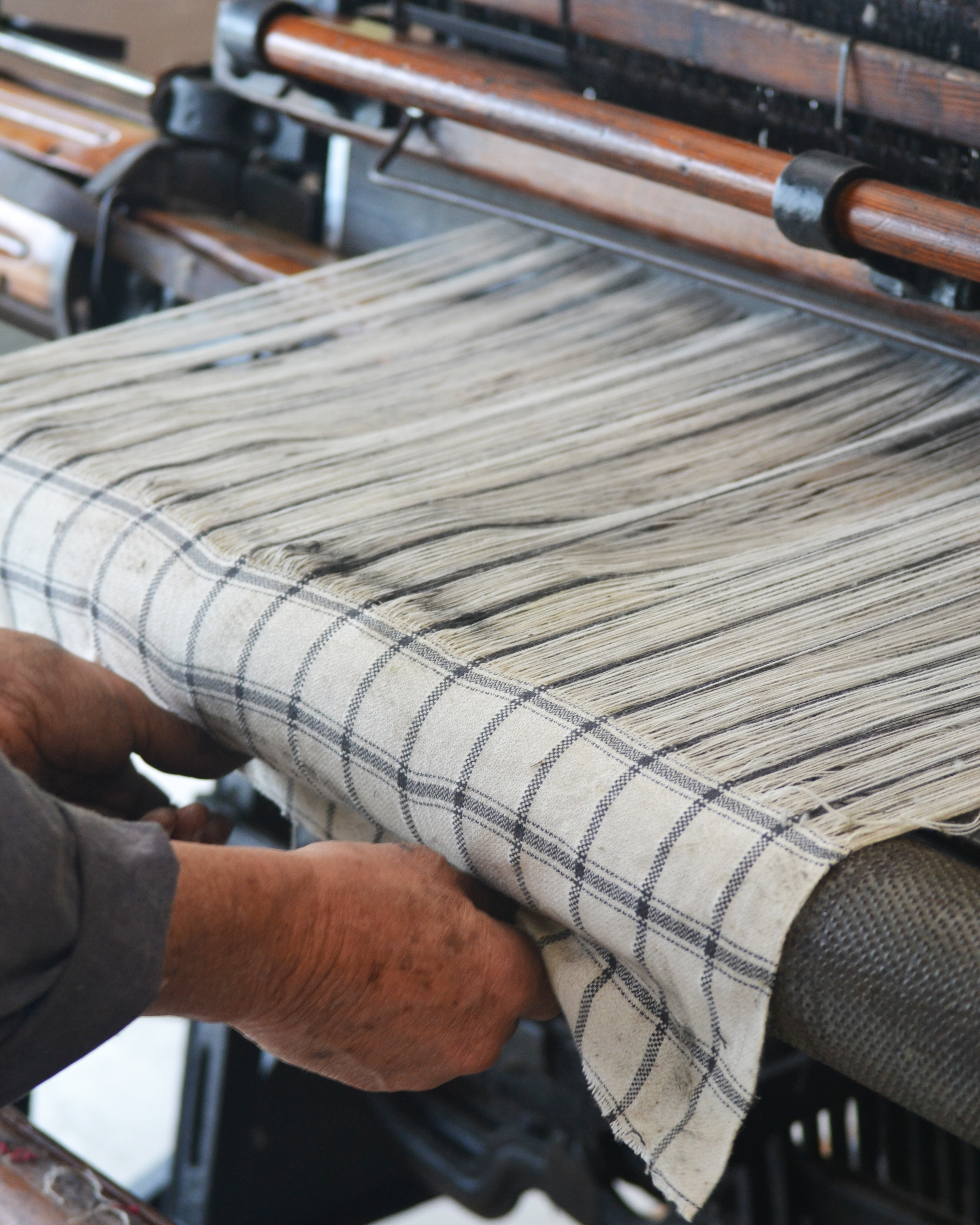 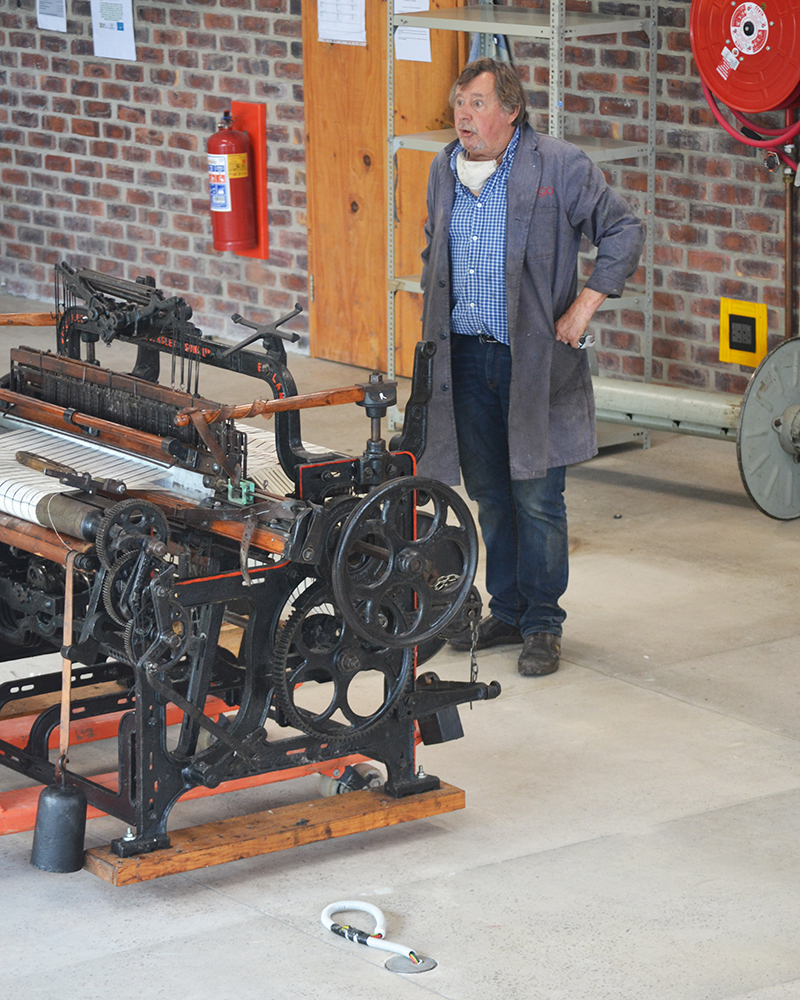