There’s a kind of magic in an early morning swim…
To dip into the salty sea before the day begins
Before office hours and computers and well-worded emails
To refresh. To revive.
To connect more – to the sea. To ourselves. And to each other…

It was from this idea that the first Mungo Swim Club was born.

We launched the Swim Club in 2021 – a 5-day challenge with the idea to help us all feel good, and give back something whilst doing so.

We launched a newsletter on a Thursday afternoon at the end of November. Made nervous jokes about whether anyone would join us. 12 was one guess. 15 people? Was Tessa’s. And in the morning we came into the office with a full mailbox – and an incredibly enthusiastic response.

In the end, 231 swimmers completed this first challenge – meeting us every morning for a sunrise dip at Hobie Beach, Clifton and Dalebrook. Through Swim Club 1.0 we awarded 231 swimmers a Mungo towel, and sponsored 231 Surf Therapy lessons with Waves for Change.

Waves for Changes is registered South African NPO who work with youths from stressed environments to develop a community-based, child-friendly mental health service through Surf Therapy. 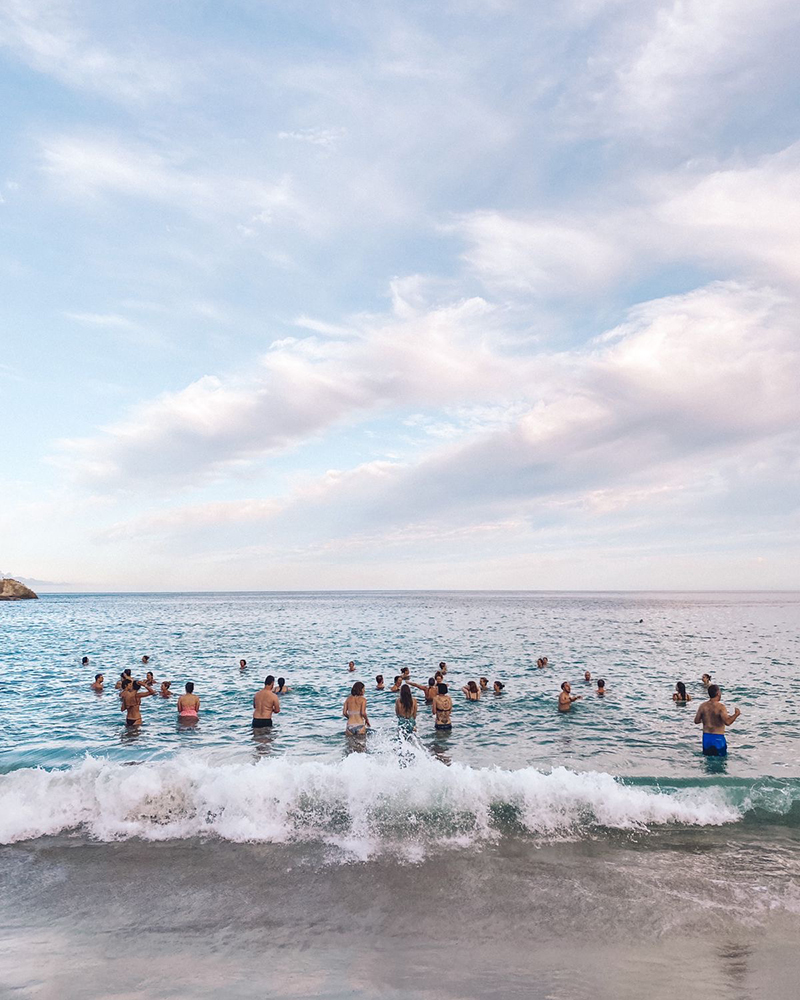 In October 2022, we held a Swim Club in the Lake District – a five-day cold water challenge, hosted by Monique Rodgers. 15 swimmers completed the five days, and on their behalf we sponsored 15 Rivers Guardians workshops with I Am Water foundation.

Two months later we launched our second South African Swim Club. Again the popularity took us by surprise – with over 300 people registering within the first two hours. We hosted 3 pods at Hobie Beach, Clifton 4th and Water’s Edge from the 5th to the 9th of December. We had 292 swimmers complete the challenge. For every person to stick it out, we donated R100 towards an I Am Water River Guardians workshop. By the end of the week, we were pleased to hand over R29,200 to I Am Water. 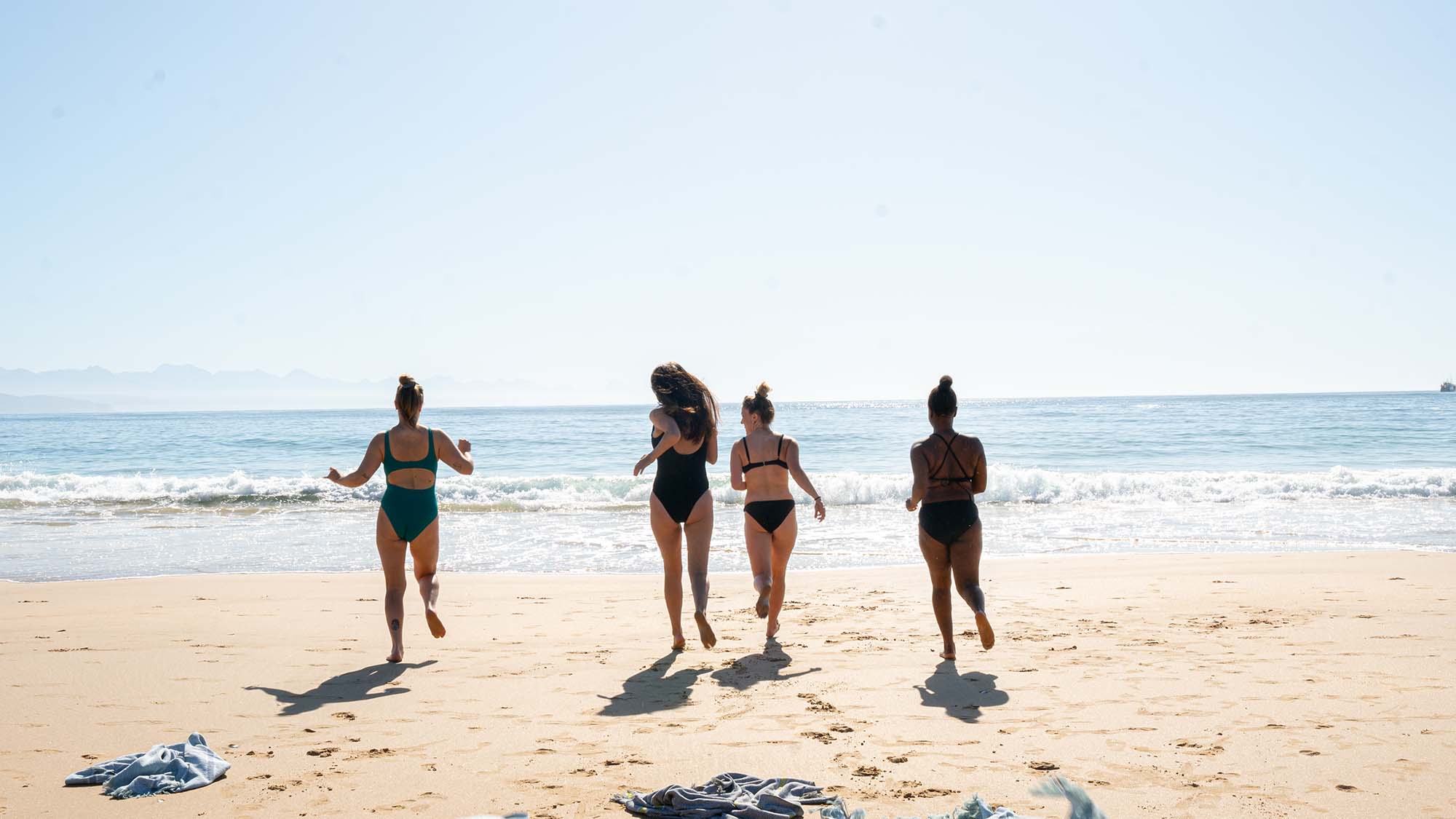 This year’s Swim Club beneficiary is I AM WATER foundation, for their incredible work using environmental education as a tool to inspire the next generation of conservationists. They work with under-resourced coastal communities who, despite their proximity to the shoreline, have often never explored the world beneath the waves. Those who have opened their eyes underwater, those who have seen the beauty, the majesty, and the great marine creatures of this world, will learn to love and to protect it.

This year’s Swim Club had an incredible response. So for all those who missed out, we decided to open two more pods to round out the year – one in Knysna, and another in Plett. 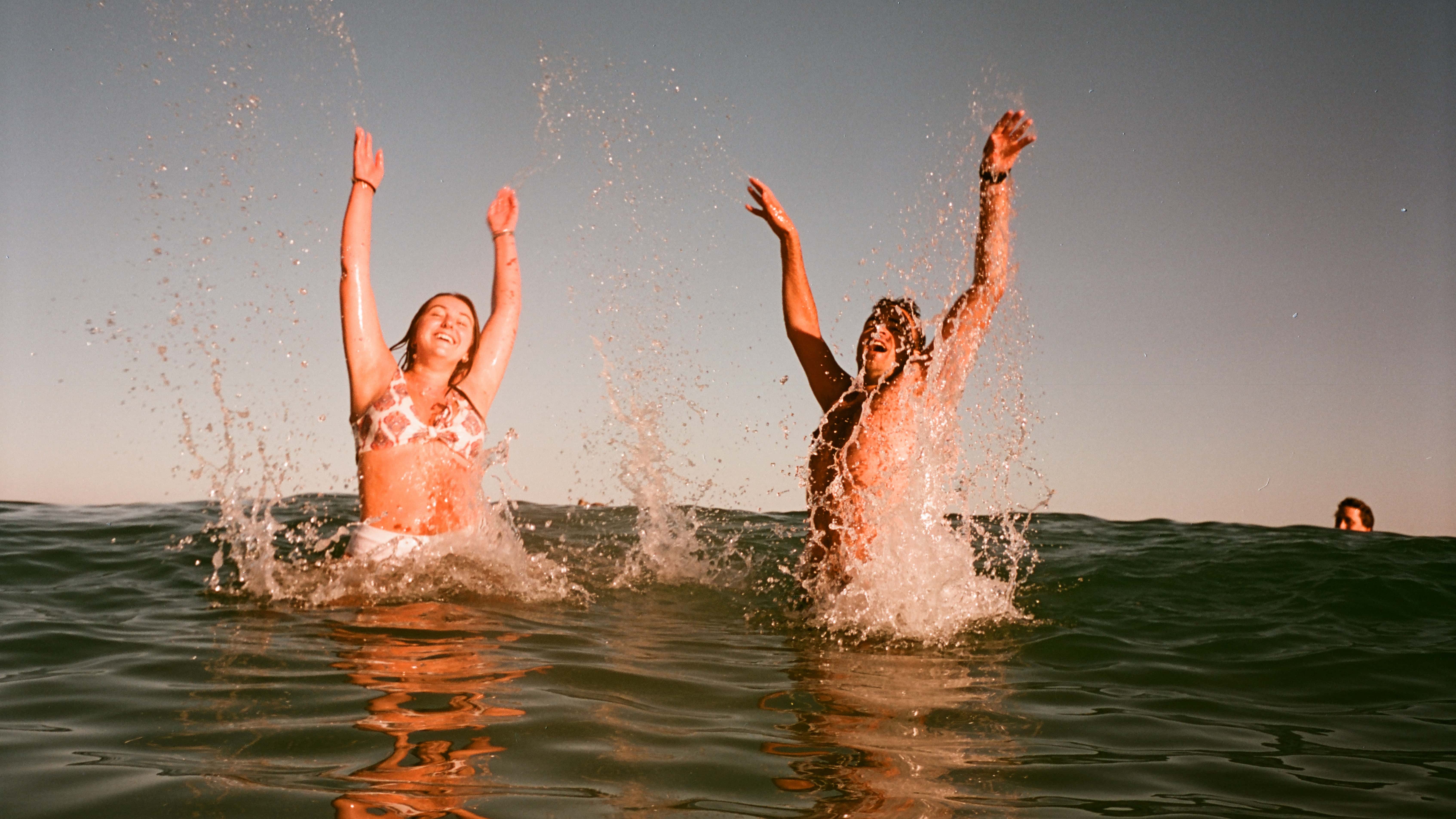 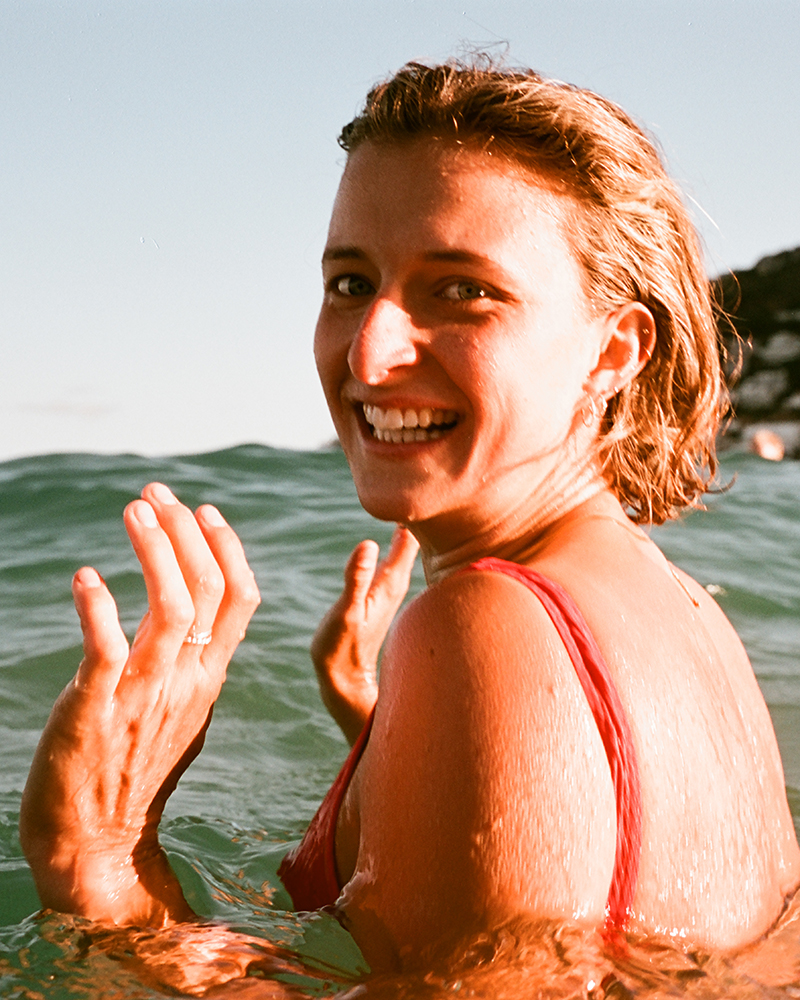 Posted in Ethos, Lifestyle, People, Shows & Events and tagged beach towels, flat weave towels, inspiration, plettenberg bay.
Share
←  NewerThe Art of Being Optimistic | A Conversation with Freediver and Founder of I Am Water, Hanli Prinsloo
Older  →The lineage of our linen

*Check your inbox for your coupon code. Apply at checkout to redeem.